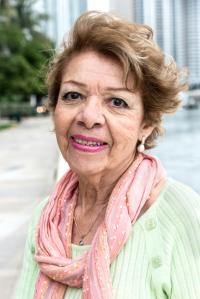 Greater Boston Legal Services assisted “Pauline”, a 77-year-old elder living in Chelsea, who fought to stay in her own home despite family struggles and serious health problems.  Pauline faced tragedy when she lost her daughter who had been her primary caretaker.  After her daughter’s death, Pauline depended on her other daughter to help her with her care.  GBLS helped Pauline to qualify for a Personal Care Attendant which enabled her daughter to receive compensation from MassHealth for providing care for her mother.  Unfortunately, Pauline’s daughter moved into the apartment and exploited her mother, using the apartment for activities in violation of Pauline’s lease.  Pauline asked her daughter to move out even though the daughter insisted that she would be homeless.  Pauline stood up for herself, determined not to end up homeless herself, and her daughter moved out.

Shortly afterward, Pauline was injured and ended up in the hospital and then a rehab unit at a nursing home.  While she was recovering in the nursing home, she was served with an eviction from her landlord.  The daughter had secretly moved back into the apartment without telling Pauline.  Pauline had no way of knowing this as she was still recovering at the nursing home.  Pauline was devastated and betrayed by her daughter’s actions which had jeopardized her ability to return to a safe and secure home.  Pauline stood up to her daughter and demanded that she never come back on the premises.

GBLS attorney Wynn Gerhard represented Pauline in the eviction to work out a Reasonable Accommodation with her landlord stating that the daughter would not come back and that Pauline would receive her care from another family member instead.  This Agreement prevented the eviction and enabled Pauline to return to her home when her treatment in the nursing home was complete.  Pauline was adamant that she did not want to stay in the nursing home, but instead, to return to her own home.  GBLS advocated to make sure Pauline could be discharged from the nursing home with follow-up services.  Pauline was able to spend the last two weeks of her life back in the home that she had fought so hard to keep.