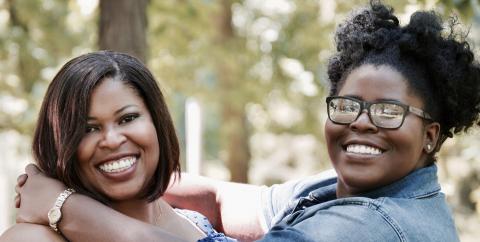 "Margaret" was a successful real estate broker when multiple misfortunes changed her from a contributing member of society to just hanging on while homeless. After many years, settling her considerable tax debts helped restart her onto a productive path.

In the early 2000s Margaret was selling houses and making a good living as a real estate agent. She was confident in her future and so she purchased two homes in Boston’s suburbs. One was her residence and the other was a property she was able to easily rent for some modest income. Both were purchased during the national debt financed housing boom with only a small down payment.

Things went well for a few years until a fire in the rental property gutted the building. Fortunately no one was hurt but there were no tenants to provide rent and the insurance company stalled for years before making a settlement. Margaret couldn’t make her mortgage payments but she managed to restore the unit with her savings. Just as she was ready to take on new tenants the bank foreclosed and she lost the property.

Soon after, the housing crisis hit, Margaret’s real estate work dried up, and she couldn’t make payments on her residence. The bank ultimately foreclosed on that property as well and she became unemployed and homeless. Other family problems added to her challenges and she went into a deep depression, living on handouts from her sister. This continued for several years until she finally approached the Low Income Taxpayer Clinic at GBLS.

People usually assume that poor, homeless people will have small or no tax debts with the IRS but frequently they owe substantial sums because of debts carried forward from when they were more financially successful. Margaret had not filed her taxes in many years – paying taxes was not a priority - and so was such an individual. She owed tens of thousands of dollars that she could never hope to repay.

Before the IRS will consider any form of tax leniency taxpayers must become “compliant” so the team prepared all her back taxes and then began negotiating with the IRS. An “Offer in Compromise” was finally accepted when they demonstrated that Margaret could never repay these debts and that they prevented her from restarting her life. It took a long time but she ultimately made a token payment and was given a clean slate.

Margaret was then able to move on and get a job as a nursing aide. Today she is on the road to recovery, paying her taxes, and working hard to become a homeowner once again.