It’s easy this time of year to get caught up in the hustle and bustle of holiday preparations and year-end deadlines. However, it’s also an opportunity to catch our breaths and reflect a bit.

On the whole, 2018 was good for GBLS and our clients. From major advocacy wins (more on that below), to individual victories for clients, to welcoming new staff and launching new projects, this year has been one of growth and forward momentum for GBLS. Without question, the world can be difficult for people living in poverty, but it is gratifying to know that within this organization and our community here, we are able to make a positive difference every day.

As an organization that relies on the generosity of friends and colleagues to help us meet our mission of service, we are grateful for every contribution that comes our way. From the hours and expertise donated through volunteering or pro bono work, to the financial contributions big and small, to the impactful projects that our community partners help us forge, we appreciate every ounce of thoughtfulness that allows us to better serve the people who need us.

Thank you for joining us on this journey in 2018, and for helping to make our work possible. May the new year bring justice for all!

In addition to GBLS’ direct representation of clients to ensure their access to the basic necessities of life on an individual or family basis, GBLS attorneys also work on systemic reform to change the systems that prevent our clients from reaching their goals. One such effort recently came to a positive end. GBLS reached a settlement with Boston Public Schools (BPS), which ends BPS’ practice of suspending students, particularly young children and children of color, without due process and in violation of state law.

Thanks to GBLS’ advocacy, Boston students will get to learn in a non-punitive environment, focused on non-exclusionary discipline practices that do not jeopardize students’ right to an education.

Through the settlement, BPS agrees to:

2) Restrict suspensions of third, fourth, and fifth graders to very serious offenses; and

3) Create, in collaboration with community groups, professional development trainings for BPS staff designed to increase the use of non-exclusionary, alternative discipline.

For more information on the settlement, check out the Boston Globe article about it here.

Groundbreaking work like this would not be possible without donors like you. Thank you for supporting Greater Boston Legal Services and the families we serve.

Robert Kraft and a Winning Opportunity

Earlier this month, on an otherwise average morning, GBLS’ Executive Director Jacqui Bowman got a phone call. The voice on the other end was unfamiliar, but Jacqui recognized the name immediately. “Jacquelynne, how are you? This is Robert Kraft.”

Yes, the voice on the other end of the line belonged to THAT Robert Kraft, owner of the New England Patriots, businessman and philanthropist. Mr. Kraft was calling because he had read about GBLS’ work and wanted to help out. This is where YOU come in.

Robert Kraft is known not just for his personal generosity in the Boston community, but also for his desire that others join him – he encourages the community to join in his generosity. In this spirit, from now until the end of February, Robert Kraft will match all new and increased donations to GBLS, up to $100,000!

If you’ve been meaning to donate to GBLS for a while or thinking about stretching your donation dollars to make a bigger gift, you can now double your impact by helping us take advantage of Mr. Kraft’s generous matching gift challenge!

Your gift will help make sure that our most vulnerable neighbors have free, expert legal help when they need it most by joining Mr. Kraft in this challenge to boost GBLS’ impact in 2019. Take advantage of this exciting chance to have your generosity matched dollar for dollar and donate now!

Client success story: A young boy and his mother get the support they need

Kaleef is an eight-year-old boy whose life has been fraught with violence. Kaleef witnessed his father attempt suicide more than once, and he saw his mother, Samantha, brutally beaten by her partner. The abuse that Samantha sustained left her lying on their floor in pain for almost 24 hours in one incident. Young Kaleef did not leave his mother's side until she got help.

Because of this severe trauma, Kaleef exhibited many behavioral problems even as a young child. He attempted suicide by running in front of a car when he was four years old; he threatened his teachers at age five. Kaleef needed help, and so did Samantha.

Kaleef received special education services in school, but he needed more structure and his mother needed more options for how to help her son. Samantha applied for Supplemental Security Income(SSI) on Kaleef’s behalf, hoping to enroll him in after-school and summer programs for added structure and support.

And Samantha had a troubled story of her own. As a teen, she had been in and out of the child welfare system, ultimately running away from her foster placement at age 14. She had a serious and warranted distrust of authority. She lived on and off the streets. She didn’t trust any court and was extremely wary of social service agencies. Despite this history, Samantha knew that she needed SSI so that she could help Kaleef.

After Samantha applied for SSI on Kaleef’s behalf, she had to testify at a hearing in support of the application. Preparing for the SSI hearing was difficult for her; especially having to admit that someone had severely beaten her in front of her son, and that Kaleef’s father tried to kill himself in front of the child. Samantha had tried to shield Kaleef from witnessing all of this trauma, and talking about it was painful. Samantha knew she had to make the court understand that trauma was shaping Kaleef’s behavior and childhood in a way that impeded his ability to develop emotionally.

With a stress ball in one hand and her GBLS attorney’s hand in the other, Samantha tearfully explained all that had happened to her son. Fortunately, the judge issued a fully-favorable decision awarding Kaleef the much-needed SSI benefits. The benefits have provided a critical safety net for Samantha and Kaleef – one that allows Samantha to better address her son’s issues and focus on his abilities in a stable environment, which is positive for both of them. 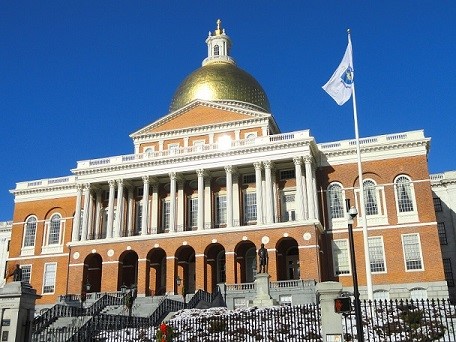 In 2018, GBLS staff devoted countless hours to changing systems that in Massachusetts negatively affect our clients. The time and dedication paid off, as GBLS and allies celebrated major legislative victories this year, including:

Lift the Cap on Kids - Though Governor Baker ultimately vetoed the budget measure lifting the welfare cap for poor families in Massachusetts, the Legislature overwhelmingly approved lifting the cap, and advocates at GBLS and other organizations are optimistic that the measure will succeed in the future

Mark your calendars for these important upcoming events: